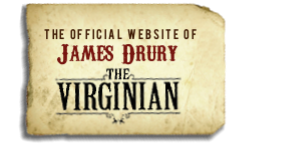 James Drury
April 18, 1934 - April 6, 2020
THE COWBOY took his last ride.
It is with immense sadness that I let you all know that James Drury, our beloved Virginian and dear friend passed away this morning of natural causes, Monday, April 6, 2020.
He will be missed so much. It is beyond words.
​

JAMES DRURY, the one true "Virginian" by whom all others are measured, is the star of the first 90-minute color western TV series, "The Virginian", which aired from 1962-1971. "The Virginian" is the third longest running western series in the history of television. The television series was adapted from the 1902 Owen Wister western novel, "The Virginian, A Horseman of the Plains". Like in the novel, the lead character was never given a name other than the Virginian. James Drury used that to his advantage in creating a mysterious air surrounding the Shiloh ranch foreman. “Nobody knows the name of my character,”James Drury says, “not even me.” 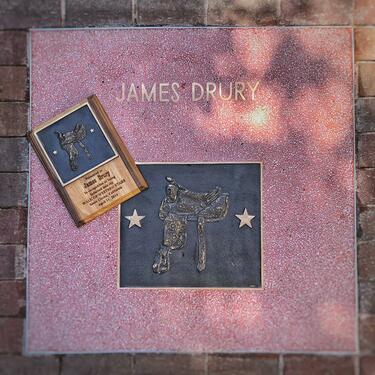 © 2021 The Official Website of James Drury The Virginian.  All Rights Reserved.